Chemical solution deposition (CSD) of epitaxial YBa2Cu3O7 (YBCO) films is a high throughput, cost-effective approach to grow high critical current superconducting conductors for power applications. Achieving high critical currents requires to grow epitaxial films with large thicknesses and this is still an open issue in CSD. Metalorganic precursor solution deposition can be tailored to achieve high film thicknesses, however, the pyrolysis step may heavily compromise the film quality due to the in-plane stress generated by a strong film shrinkage. Here, we disclose the complex relationship existing during the pyrolysis process between the physico-chemical transformations and the microstructure of the films. A low-fluorine trifluoroacetate (TFA) and propionate (prop) route to YBCO films with a final thicknesses in the range of 700–800 nm was studied to understand the phenomena. Morphological analysis by in situ optical microscopy video imaging under specific heating rates allowed to identify the thermokinetic conditions leading to permanent or reversible wrinkling and crack formation. The origin of the microstructural transformations during the pyrolysis of thick films has been disentangled through parallel in situ analyses of the chemical, thermal and mechanical properties, together with film thickness measurements. A key finding has been the identification of an intermediate liquid phase relieving the compressive stress responsible of wrinkling. Disclosing the origin of the physico-chemical transformations opens the path towards defining optimized pyrolysis processing conditions for high quality single deposition of CSD films. 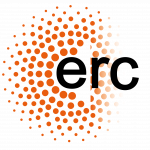